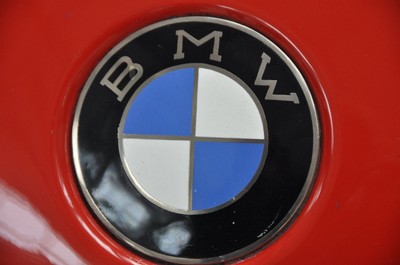 BMW: B4's Motoring Wednesday. Collected at the hotel just after 8:00 by Felix in a beautiful 2016 BMW 7Li, we were chauffeured to BMW Classic, the home of the company’s antique collection. Felix, who recently drove Leonardo DiCaprio in this car seeming not at all disappointed that it was just B4 and me today. Once at the newly refurbished BMW Classic Collection, Max and Jan usher us into what was once a factory and now the home of classic BMW motor cars from the early years until now. BMW motor cars of every ilk and age fill this cavernous room that is not normally available for tours. B4, however, has friends in high BMW places (thank you, Group 1 Automotive) and we were feted as VIPs. Large, medium, small and tiny, vehicles here (including motorcycles) are priceless treasures. 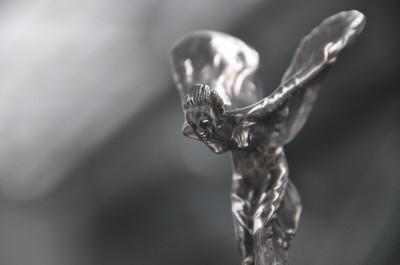 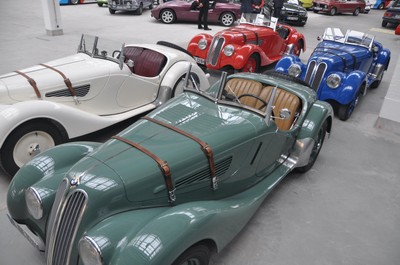 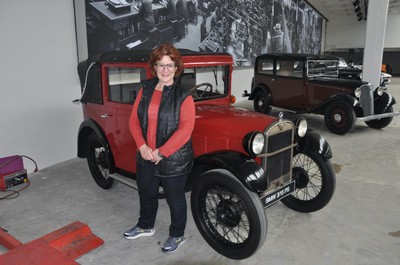 The Classic opportunity occurred because our previously scheduled visit to the BMW assembly plant was cancelled due to a one day strike over a pay raise. (We are told that we can get our tour on a one-day delay tomorrow). I am excited for this as I once worked on an automobile assembly line. 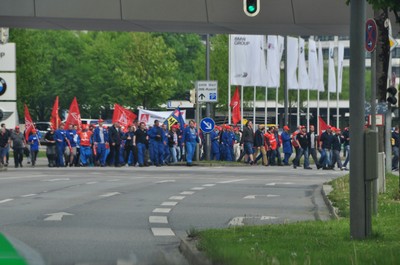 From there, Felix drove us to BMW Welt and Museum. (Welt = World). A beautiful new and magnificently designed building features up close and personal looks at all BMW and Rolls Royce and Mini models on offer. B4 likes the Rolls Ghost and I love the BMW 7. We won’t buy either but you could if you were here. The museum tells the history of Bayerische Motoren Werke (formerly Bayerische Flugzeug-Werke) and its famous blue and white logo reminiscent of a rotating propeller.

The tour lasted until lunchtime where Max treated us with great food and fine conversation.

Afterward, we were once again delivered to Felix who drove us to suburban Maisach for an afternoon at the BMW Driving Experience.

Tina took us under her wing first introducing us to the electric BMW i which is amazingly fast, accelerating like a stretched rubber band suddenly let go. We drove them, B4 in one, I in another, following Tina in a third as she "mama-ducked" us through chicanes and straightaways showing off the tight turning radius as we were supposed to barely avoid crushing rubber cones but didn’t. 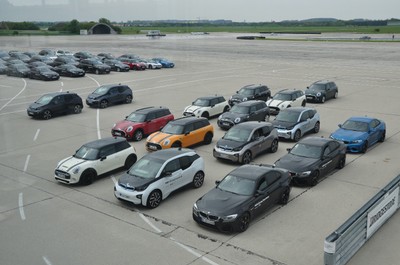 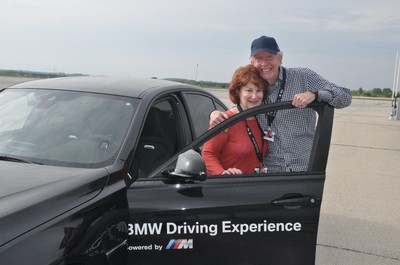 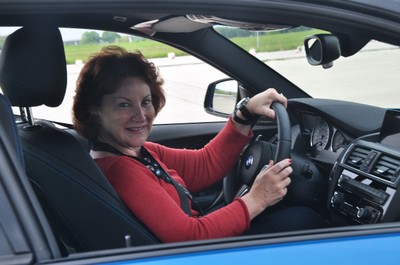 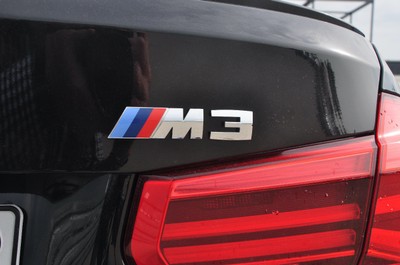 After a coffee, Tina shifted gears and put B4 into an M2 and me in an M3. These amazing automobiles cannot be adequately experienced on a street—at least if the driver wishes to avoid jail. Here, the deep throated sounds are left far behind as we accelerated to over 100 miles per hour on the straightaways and tested the brakes into tight turns and more chicanes. After skidding them through special understeer and oversteer water drenched spans of concrete, we attempted to return our adrenaline levels to normal before trusty Felix took us home to the Hilton where we arrived at 6:30pm.

The day was a gas. Or, if you prefer, electric.

Posted by paulej4 17:24 Archived in Germany

Previous Next Table of contents

This blog requires you to be a logged in member of Travellerspoint to place comments.

If you aren't a member of Travellerspoint yet, you can join for free.