I was not looking forward to this day. We decided to go to Dachau.

Our plan was to take the subway and then more public transportation for the 30 mile trip to the north of Munich. The headline of the morning, however, was this: A 27-year-old German killed one man and injured three others with a knife while shouting "Allahu akbar" in a suburb of Munich early Tuesday, but hours later, after questioning him, the authorities said that he had no known links to Islamic extremism and that they believed he was mentally disturbed. The attack, which occurred shortly before 5 a.m. on a commuter train and platform in the bucolic suburb of Grafing, nearly 20 miles east of Munich, shocked and unsettled many Germans who had already been on edge since the terrorist attacks in and around Paris on Nov. 13 and at an airport and a subway station in Brussels on March 22.

Our hotel concierge advised against the subway on this day so he ordered us a taxi.

There are two things that I will remember about Dachau. One is that in March 0f 1933, the first concentration camp for political prisoners of the Nazis was built here and was to serve as a model for all subsequent concentration camps. During its twelve years of operation, 200,000 people passed through and one quarter of that number died before American troops liberated it on April 29, 1945. The second thing I will remember is that the adolescent mind is undeveloped and that I should not blame young people on school field trips for their boorish and disrespectful behavior at a place where respectful silence should rule. 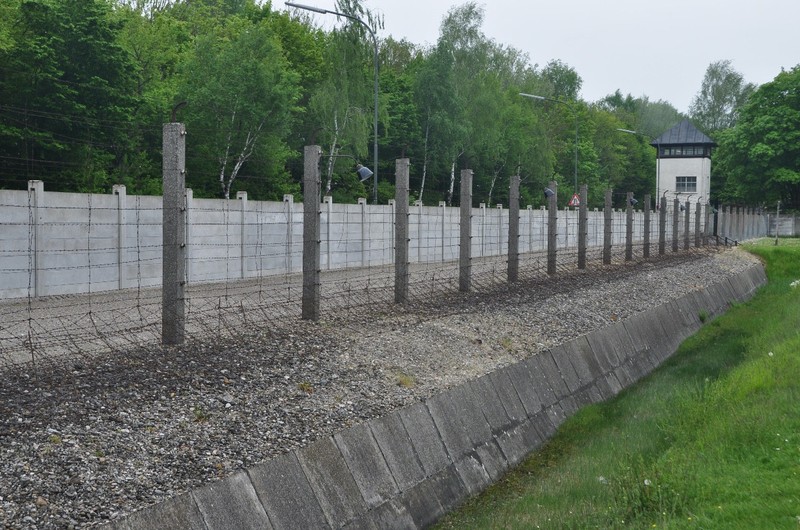 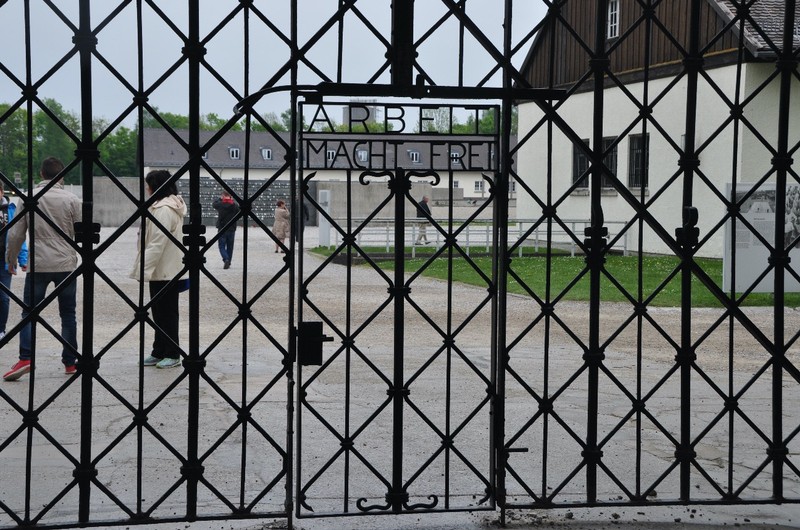 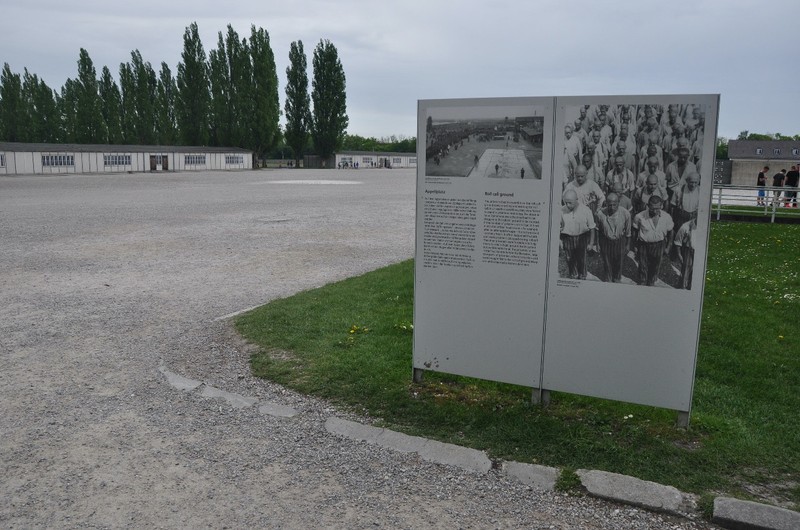 Here, Jews and other political prisoners from 39 nations were held, forced to engage in slave labor to further the Nazi war effort, starved, tortured, frozen, experimented upon, raped and otherwise made to live subhuman lives at the hands of the most despicable people to ever walk this planet. B4 and I asked ourselves, “How could anyone do this to other people,” and, of course, no answer comes. The iron sign in the gate delivers a lie: “Work Sets You Free.”

Hitler united a large portion of the German people by giving them a common enemy: those unlike themselves. Demagogues succeed by blaming economic hardships on others, by stoking fear in the hearts of those who perceive themselves to have fallen behind in life and by suggesting that only their own self-interest matters.

To my knowledge, no demagogue, as yet, has stooped so low as he upon whose orders this place sprang up. No peoples, as yet, have feigned ignorance of what was happening literally in their own back yards. And no place, as yet, has prompted me to question the inherent goodness of mankind so much has this. Dachau is a bad place. And, I am told, it pales in comparison to other concentration camps—like Auschwitz—where gas chambers—rather than bullets and starvation—took more lives more quickly. The gas chambers built here were never used; the crematoriums and mass burial pits, however, were. When the coal to fuel the furnaces ran out, the bodies piled up. When there was no place to put those who arrived by the train car load, they were left to die in the boxcars. And, when the Americans neared, the doers of this evil fled leaving their charges to die of starvation and typhus. Many of the Nazis who did their evil deeds here were tried in American military courts, convicted and executed. More were not. That is the reality of Dachau.

Posted by paulej4 16:13 Archived in Germany

Previous Next Table of contents

This blog requires you to be a logged in member of Travellerspoint to place comments.

If you aren't a member of Travellerspoint yet, you can join for free.